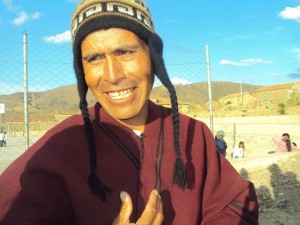 The librarian in traditional indigenous dress for the town festival

Last week the entire BiblioWorks team traveled to our oldest library in Morado K’asa to celebrate their town’s anniversary. When we arrived we were greeted warmly by the librarian and other community members with some “chicha” the local corn beer, which is drank during important festivals. The town organized several different parties showcasing some of the typical indigenous dances, music and food.

The highlight of the anniversary celebration was the cultural festival organized by the youth group in Morado K’asa. Each group organized dances, short plays, sketch comedies and other short acts. The young people in Morado K’asa are truly dedicated to improving their situation through education and the performances they organized were all fun to watch and done with enthusiasm. BiblioWorks gave prizes for first, second and third place. It was a tough decision, but we love to support community activities such as these! 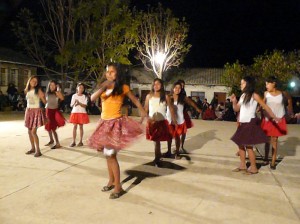 The winning group of the cultural festival